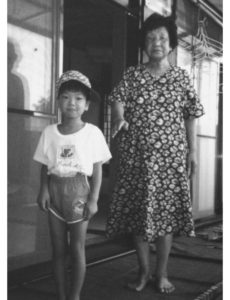 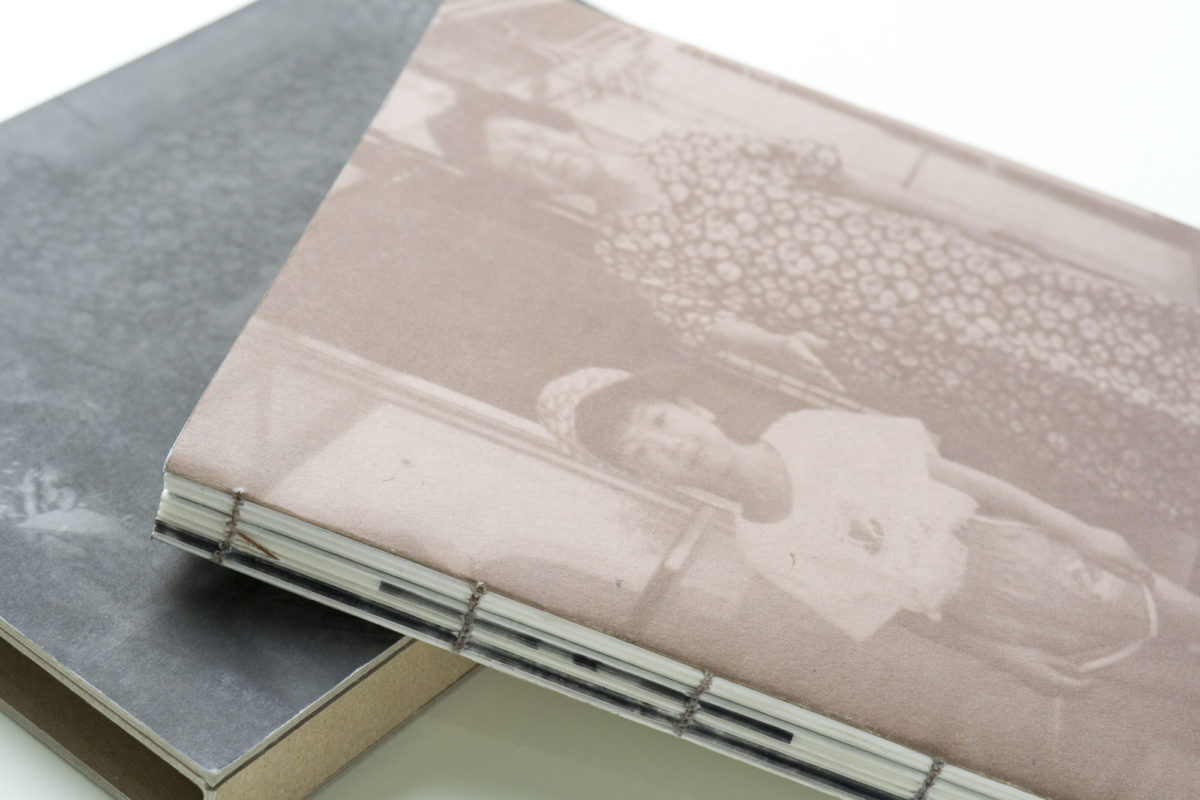 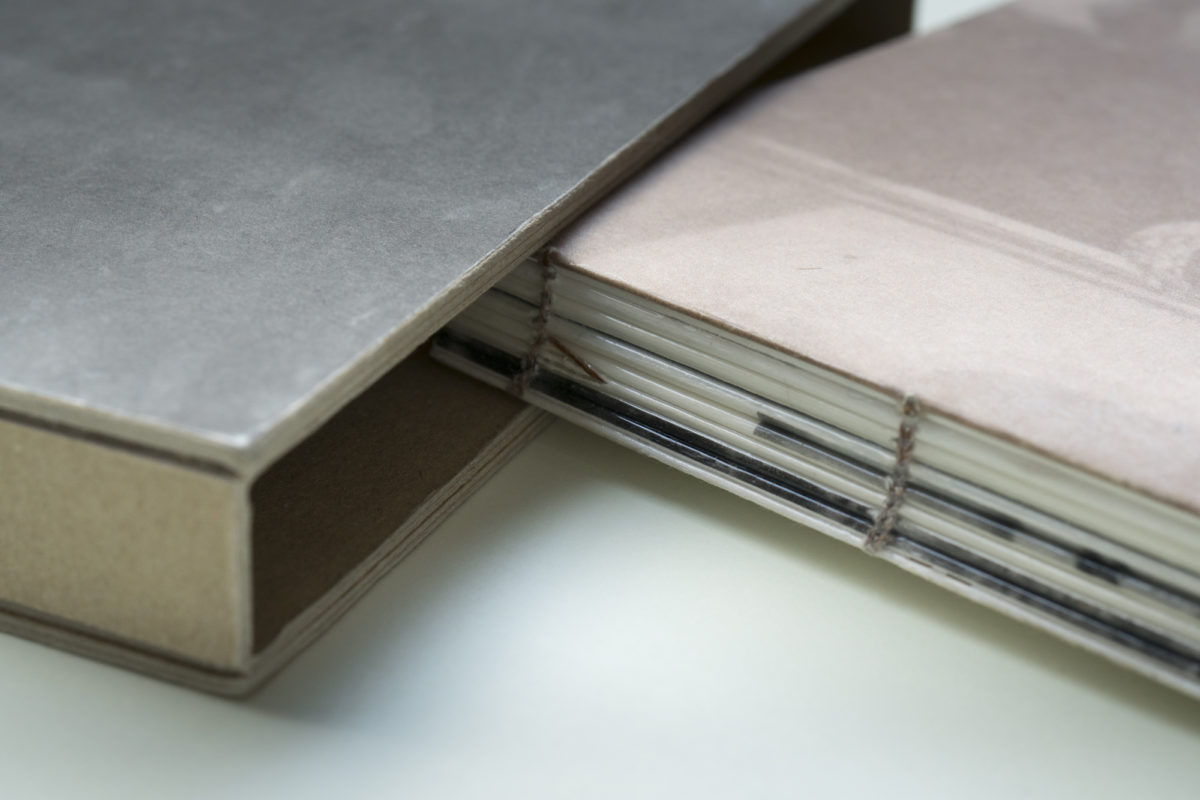 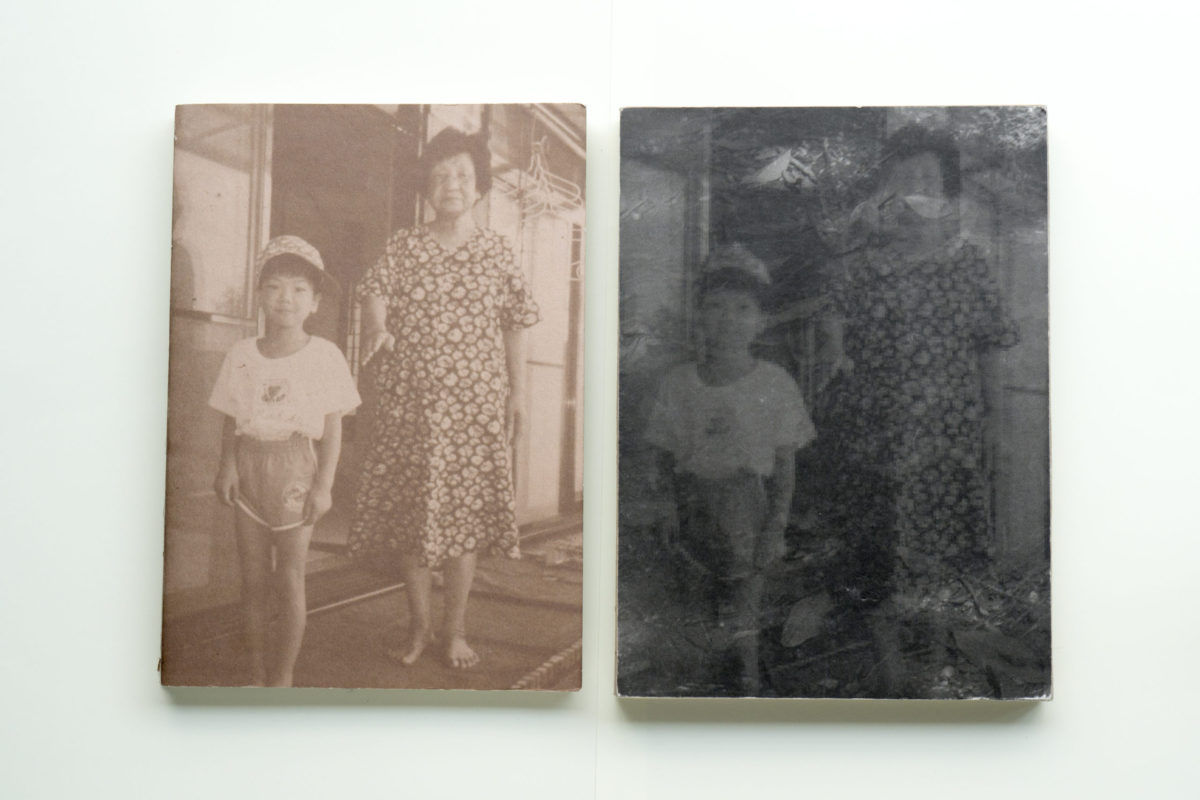 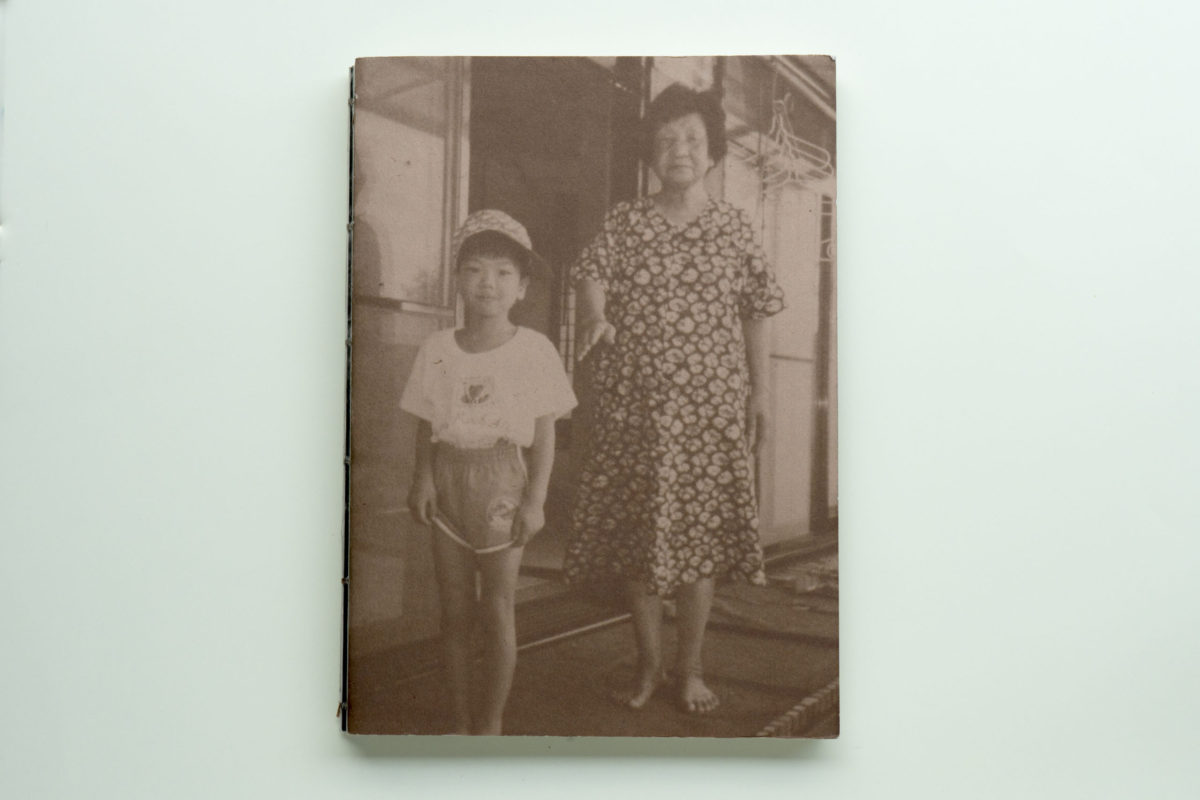 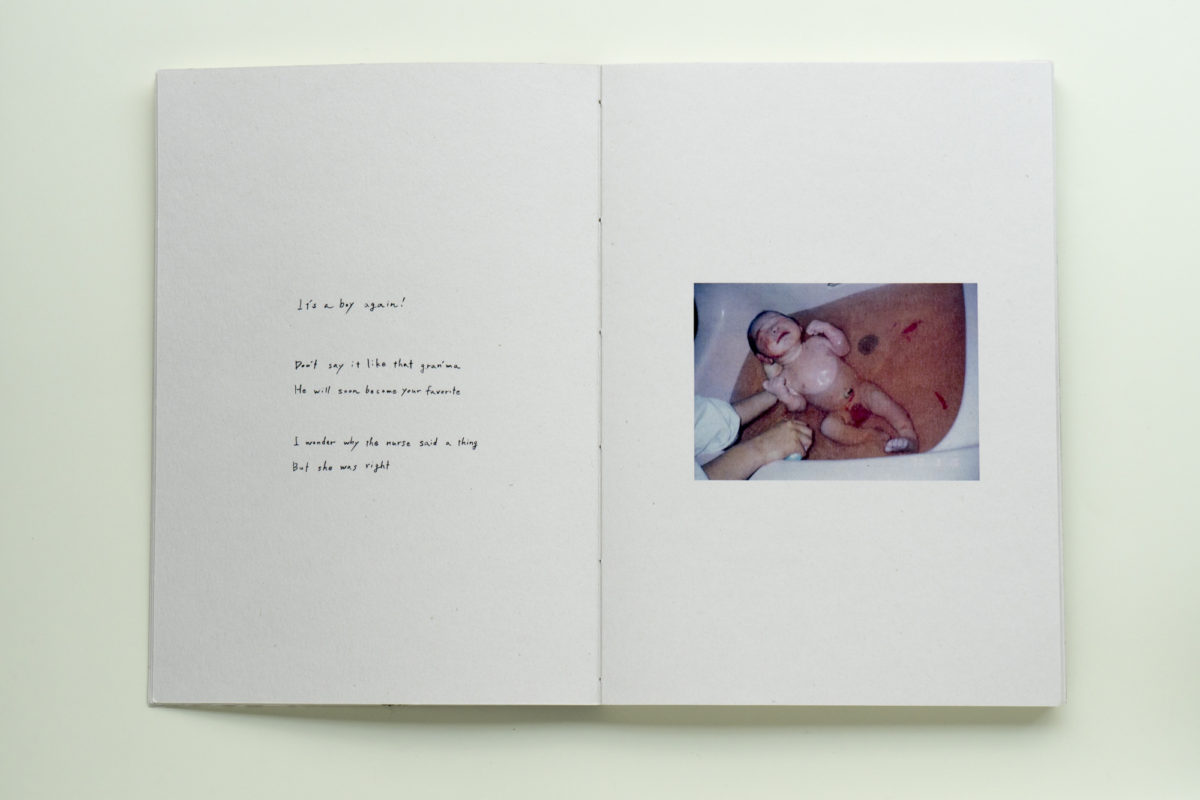 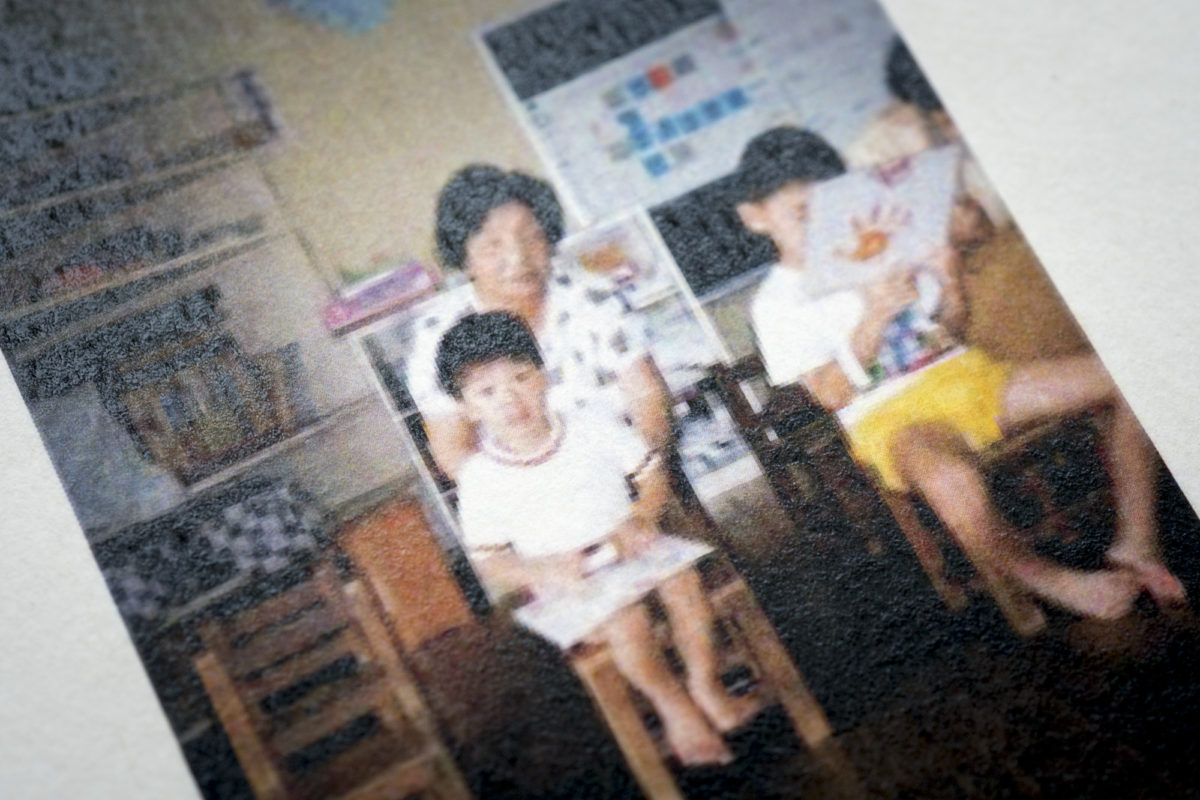 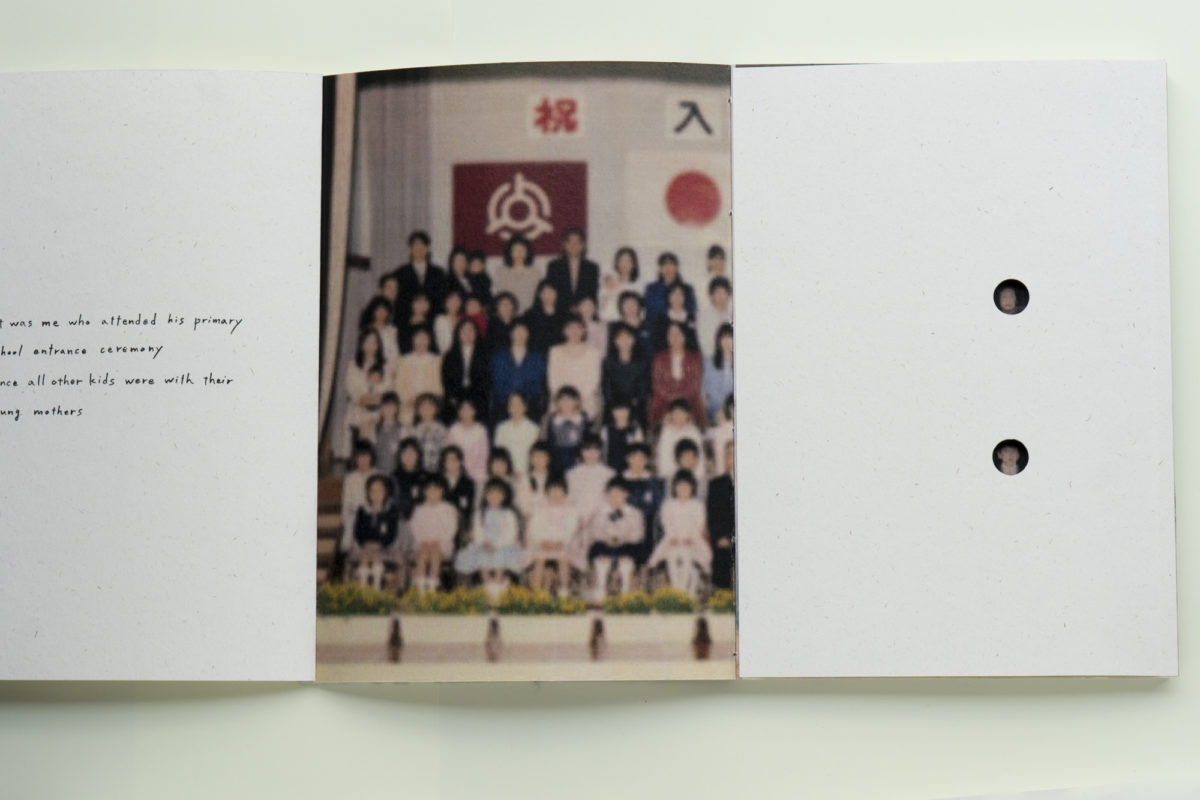 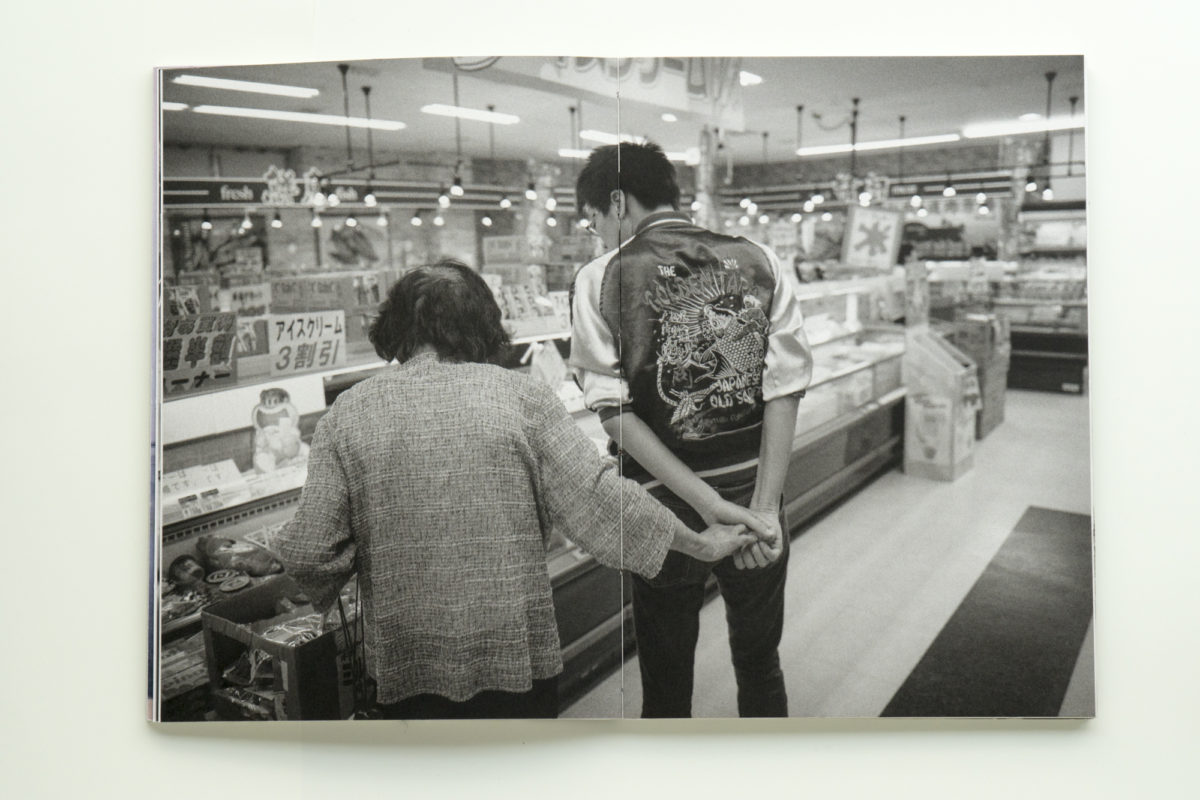 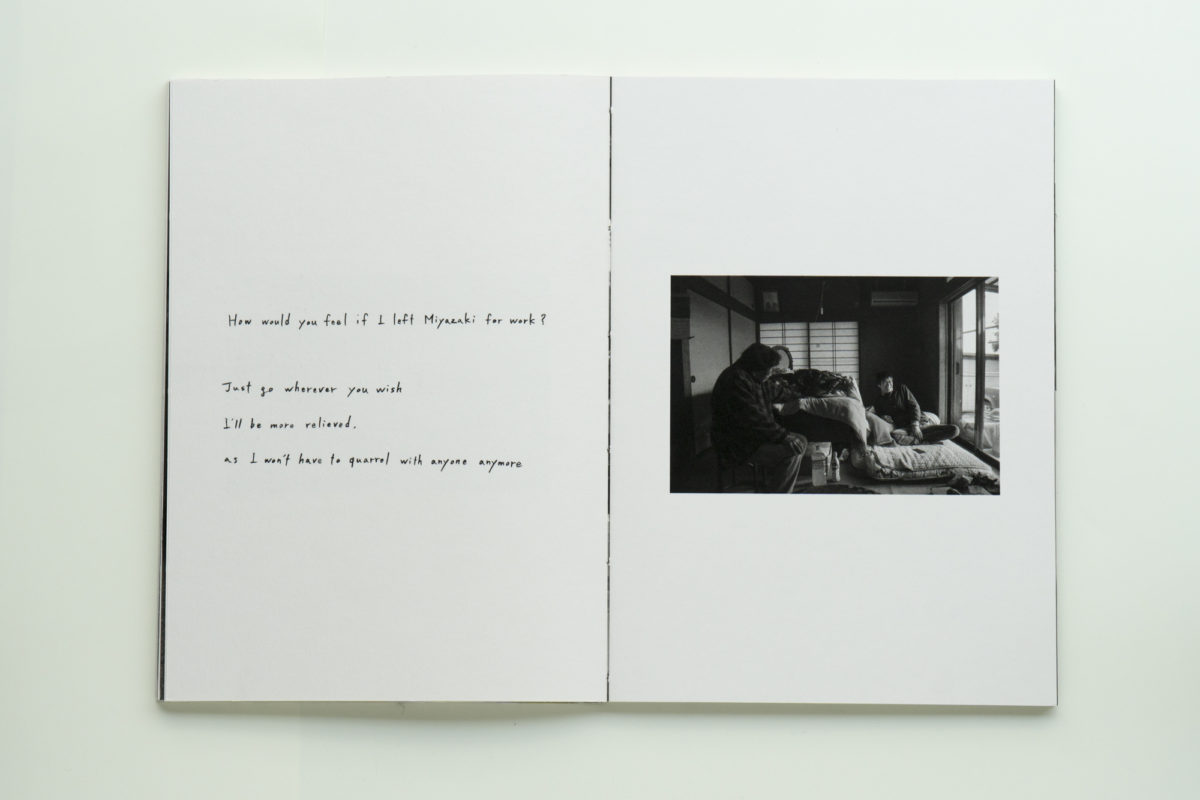 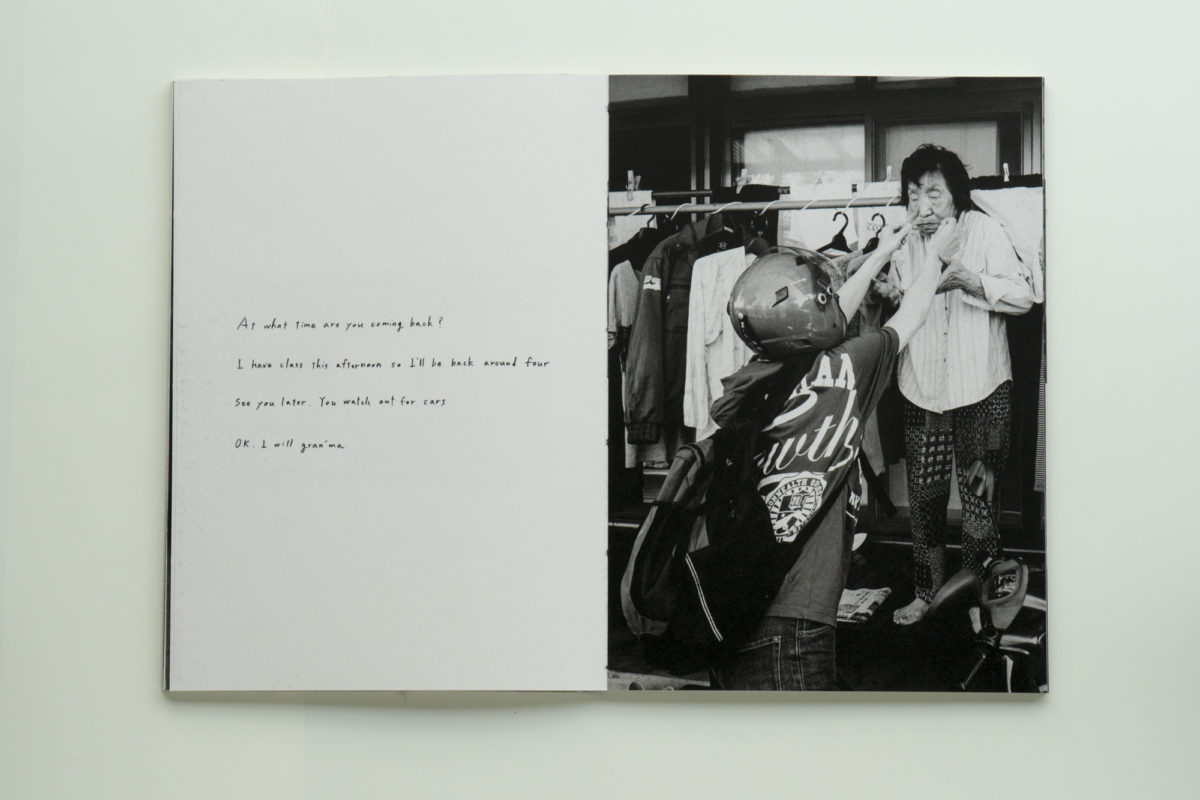 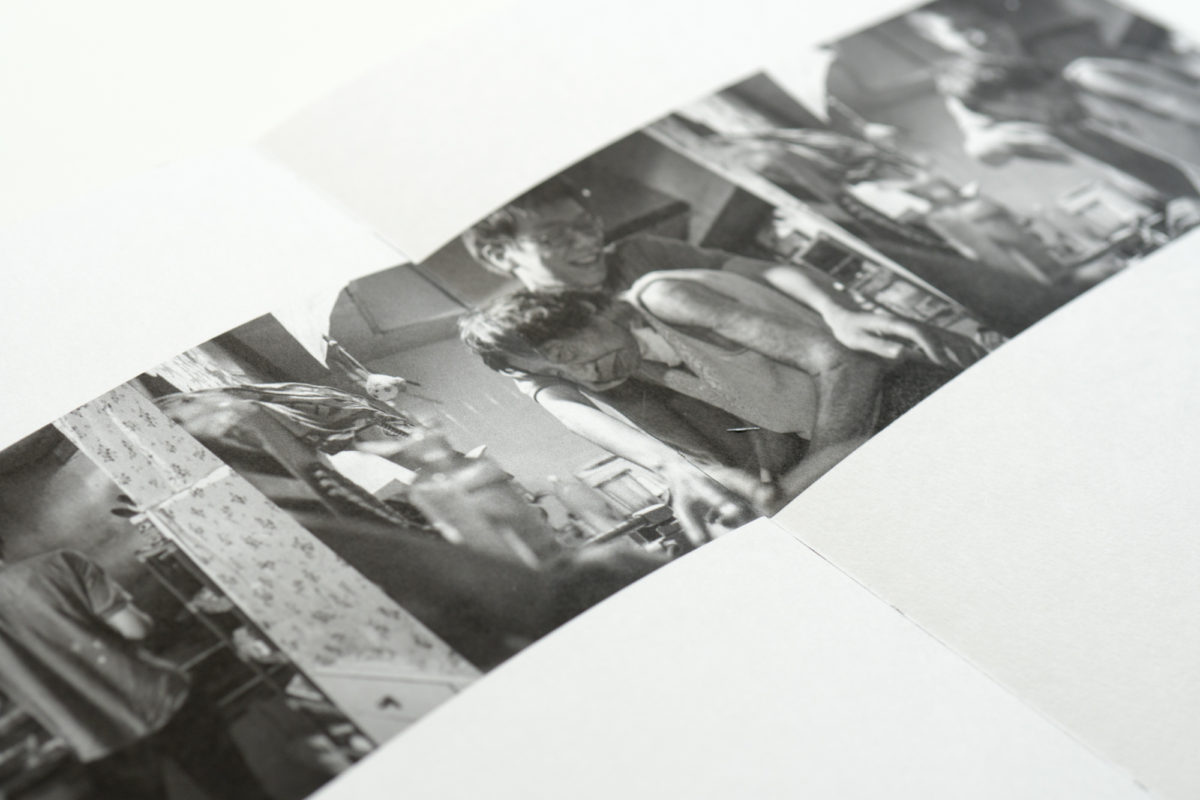 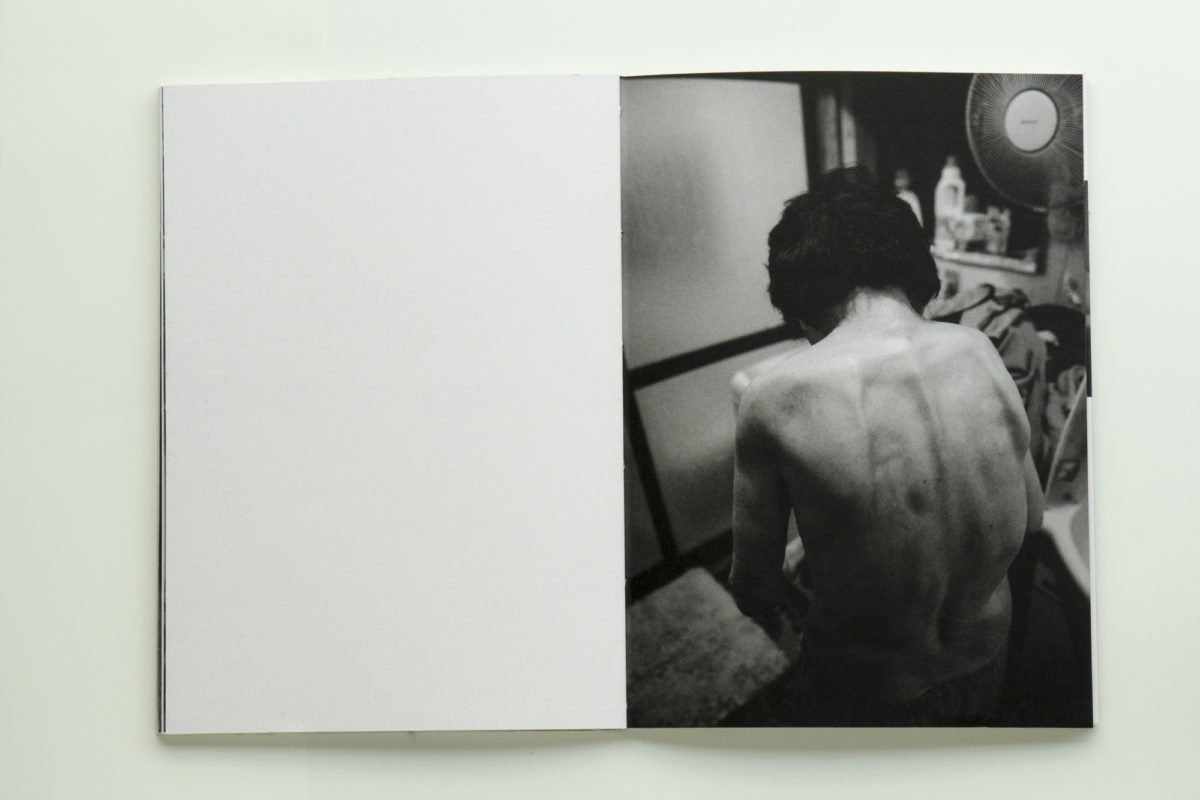 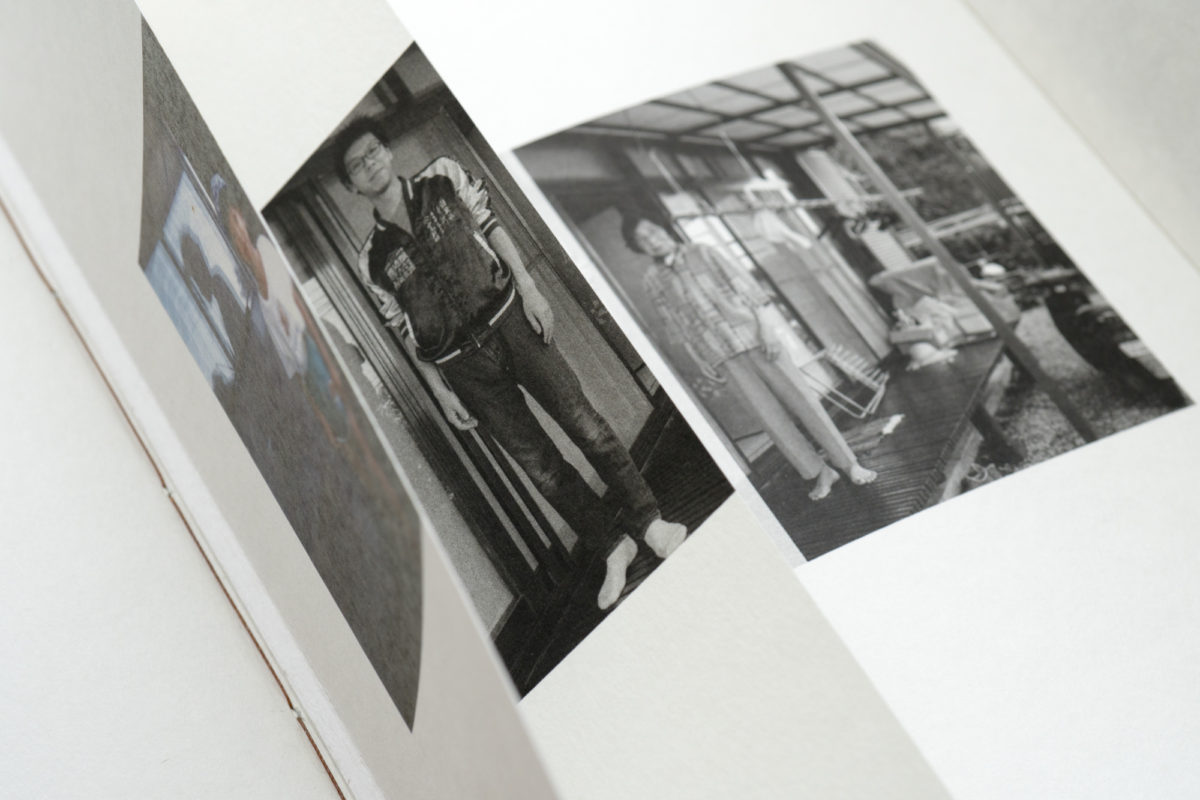 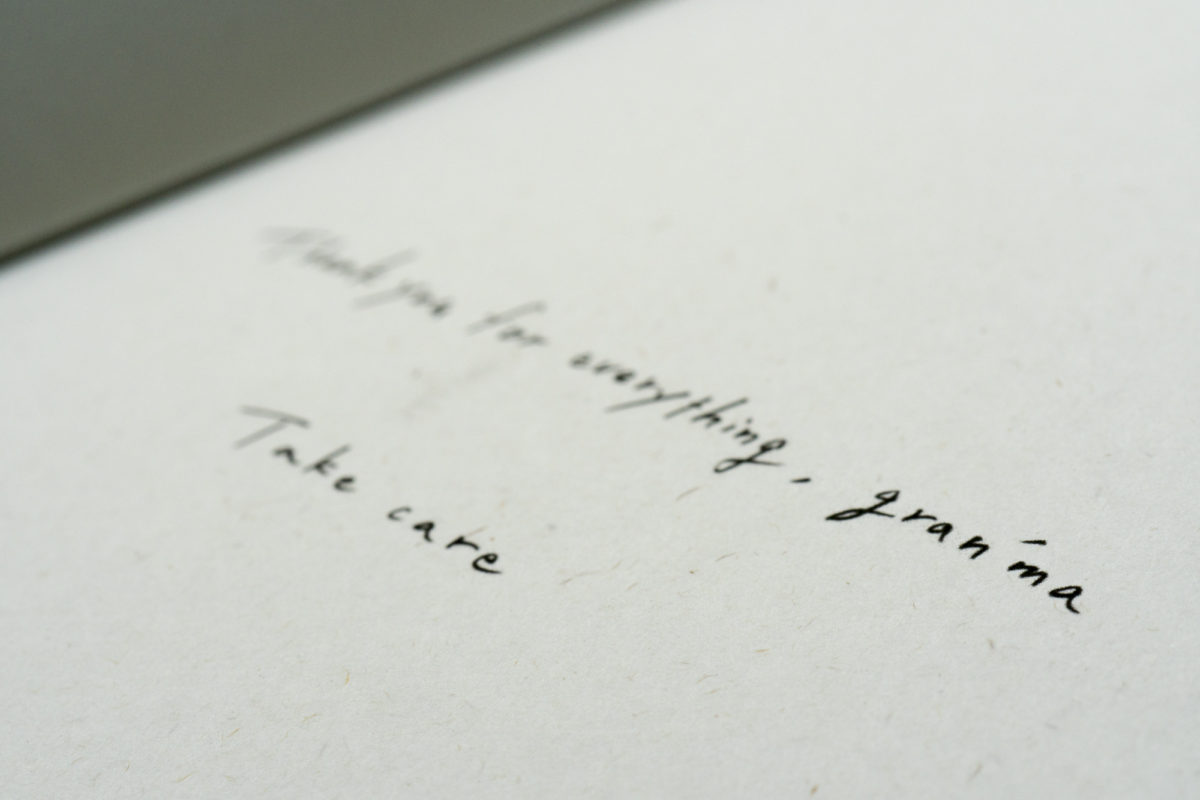 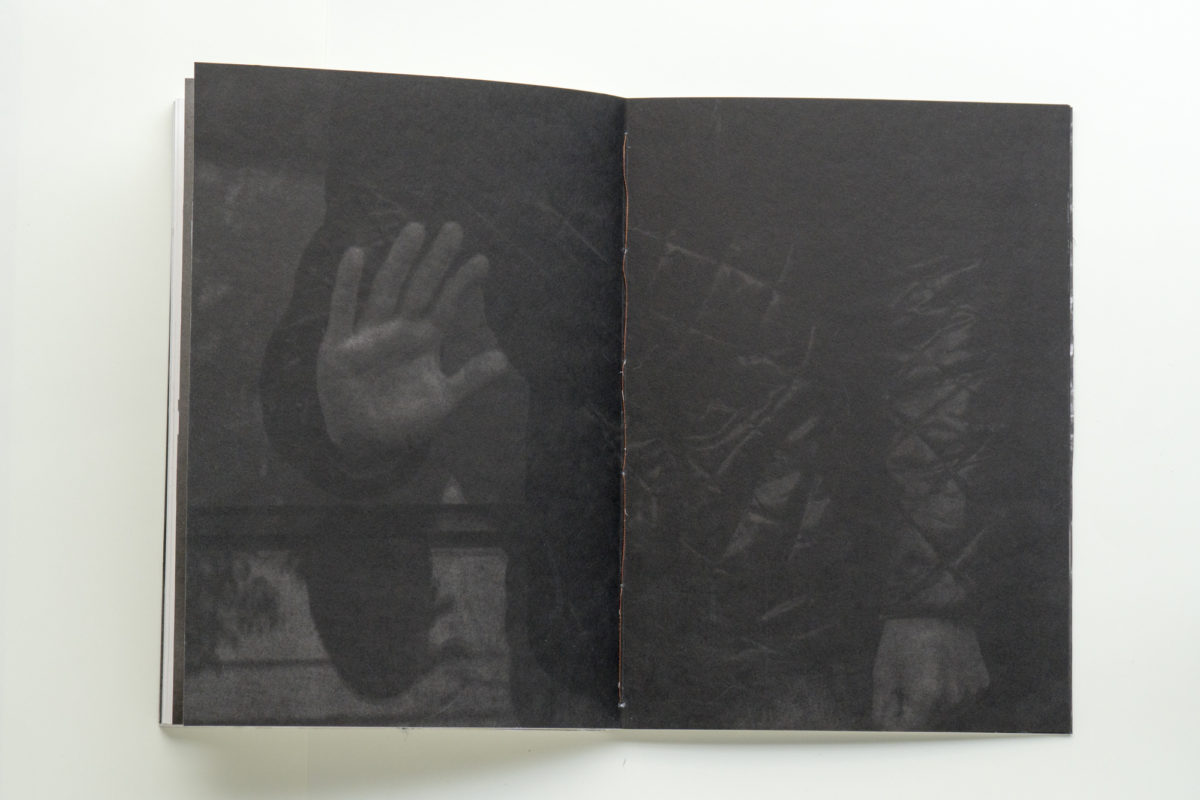 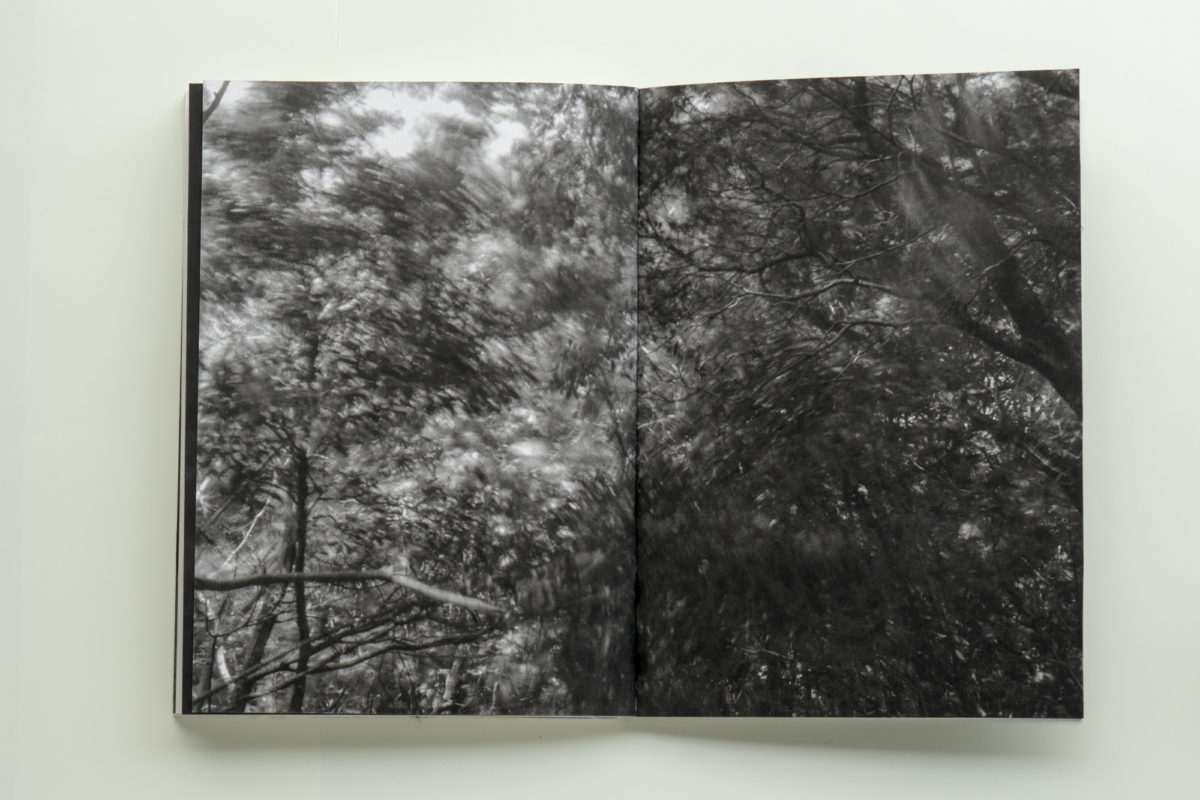 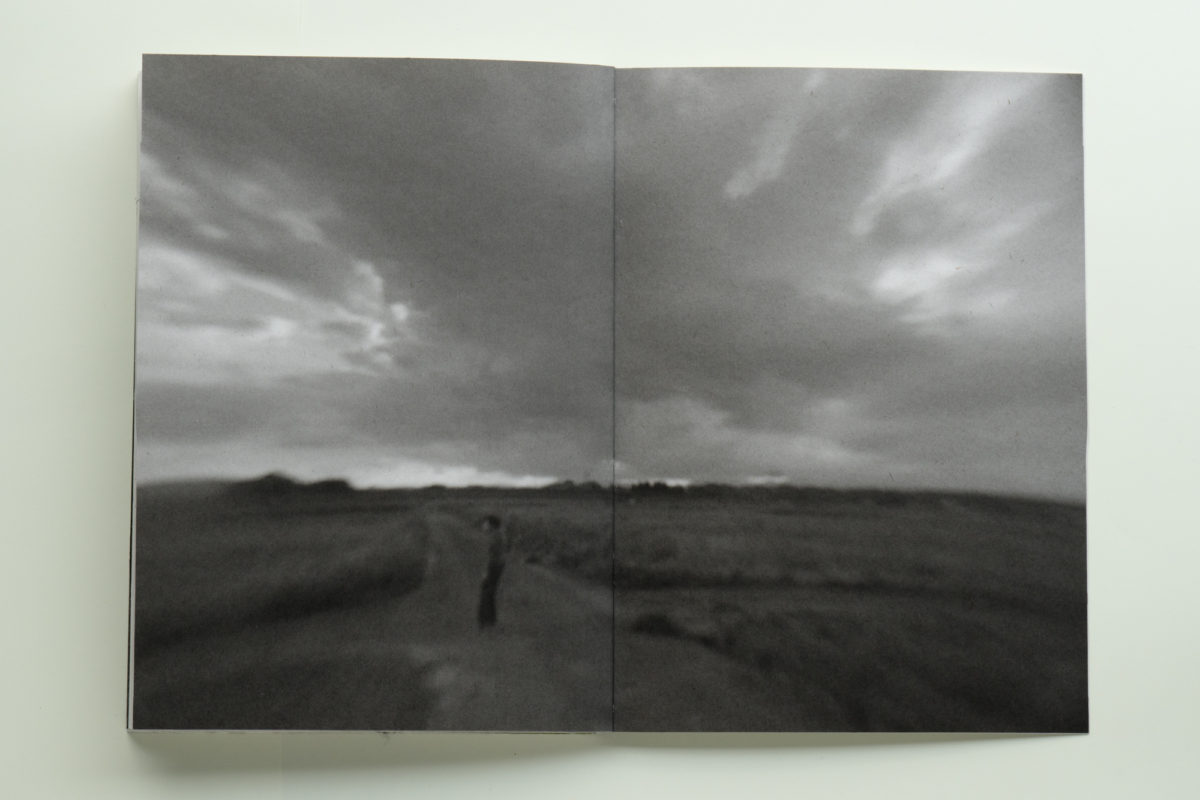 The town kunitomi is located Miyazaki Prefecture in Kyushu Japan. This

small and peaceful rural town with it’s field is where my grandmother,who

On behalf of his busy parents, ,y grandmother carefully raised and took care

of Daiki from the time he was a child, living with him in the same house,

eating and sleeping in the same room together.

“I attended his elementary school entrance ceremony, you know. All the other

children’s mothers were young, and I’m sure Daiki wasn’t happy with being

the only one who’s grandma showed up. I bet the teachers also wondered why

his grandma had come”

So my grandmother said one day, as she showed me a photo album. It

contained photographs of many memorable moments, from his Shichi-Go-

The album was like one that could be found in any home, the only slight

For my grandmother, Daiki was no doubt a treasure that had been entrusted

to her during the late years of her life. Ever time I visited my grandmother’s

house, she told me various stories about Daiki. Always sitting next to her on

these occasions was a young Daiki, with a beaming smile on his face.

Meanwhile, for Daiki, my grandmother must have been the very “place where

he belonged.” Their time together over many years gave birt to a bond that

transcended the usual relationship between “grandmother” and “grandchild”-

a strong sense of and trust flowed within both of them. One Daiki mentioned

“Since I grew up showered by grandma’s affection, I think it’s natural that I

take care of her until she dies.”

True to his words, Daiki remained by my grandmother’s side ever after

becoming a student at a nursing university, continuing to live with her and

fully devoting himself to her care.

Until I began photographing them, I had observed their small everyday world

as nothing out of the ordinary. The image of Daiki off to university. The image

of the two of them relaxing on the floor, chatting about small things. Now,

however, every time I look at the images I continued to document of the two

thought my lens, as both a family member and a photographer , these

This story was supposed to come to an end with my grandmother’s death,

which would no doubt come in the not-so-distant future. However, it

unexpectedly ended in a different way.

“I wonder where he’s gone to? He went out on his motorbike and hasn’t been

At the end of February in 2014, Daiki suddenly went missing. There being

nothing she could do, my grandmother just stood in front of the window and

kept waiting for Daiki to return home. Almost a year passed without any word

of his whereabouts, until one day Daiki’s body was found in the anything

behind, and had brought an end to the 23 years of his life. Like lush green

leaves that turn brown and fall with the passing of the seasons. As if following

in his footsteps, in the following year my grandmother passed away.

caring for each other. Thought there photographs, which capture images of

his small everyday life in this rural town, I try to reach out to them, and to

engage in a dialogue with them once again.